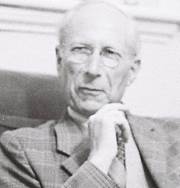 David Gordon Tucker was born on the 17th June 1914 and died aged 75 on the 8th March 1990. During his lifetime as an engineer, academic, and industrial historian he published well over 300 items, most of which were articles in various journals and periodicals.

Sometimes, in order to publish all his information, Gordon would publish similar articles in a number of journals, all with a different emphasis and with differing details. Unfortunately the passing of time has left the total information dispersed. In the 53 years during which he was actively publishing, Gordon averaged six published items per year, that is one every two months (this was in the days before word processing!). This gives some idea of the amount of work that he undertook and the importance of his archive.

Throughout his life Gordon Tucker was always keen to encourage others in their research work, so his friend and colleaugue Tony Bonson, aided by Gordon's wife Mary, compiled in the 1990s a complete bibliography to make his work once again accessible to another generation of industrial historians and archaeologists:

The Publications of Dr. D.G.Tucker.
Millstones To MegaWatts - A Bibliography for Industrial Historians.

See also his Millstones Making lecture where Gordon speaks on one of his earliest industrial archaeology research topics, and History of the Lartigue Monorail leading to Behr's Proposed Electric Express Railway, Gordon's 1984 Newcomen Society lecture telling the story of how high speed train travel very nearly arrived in 1900, 60 years before it actually did.